Nigeria’s Afro-beat legend, Femi Anikulapo-Kuti has said that not being nominated for the Grammys award does not mean a musician is not great.

Kuti said this while making reference to his father, Fela and Bob Marley who never got nominated or won Grammys award in his time.

The Afro-beat legend said Music is not about awards but spreading love and giving people will to go through hard times.

On his Twitter page, he wrote: “Music really isn’t about awards though. Fela never won or was never nominated. I don’t think Bob Marley was too.

“Music is about spreading love, giving people the will to go through the hard times in life, etc and inspiration. Music must bring comfort too.”

He, however, clarified that he is not referring to anyone in particular who got nominated for the Grammys, but himself who has been nominated four times for the award.

“This tweet on Grammys was concerning me saying I have four nominations. And all I’m saying is that it’s not the objective.

“Many GREAT musicians have never been nominated doesn’t mean they are not GREAT. I wasn’t referring to anyone but myself, some have chosen to abuse, or drag others. Pity.” He said. 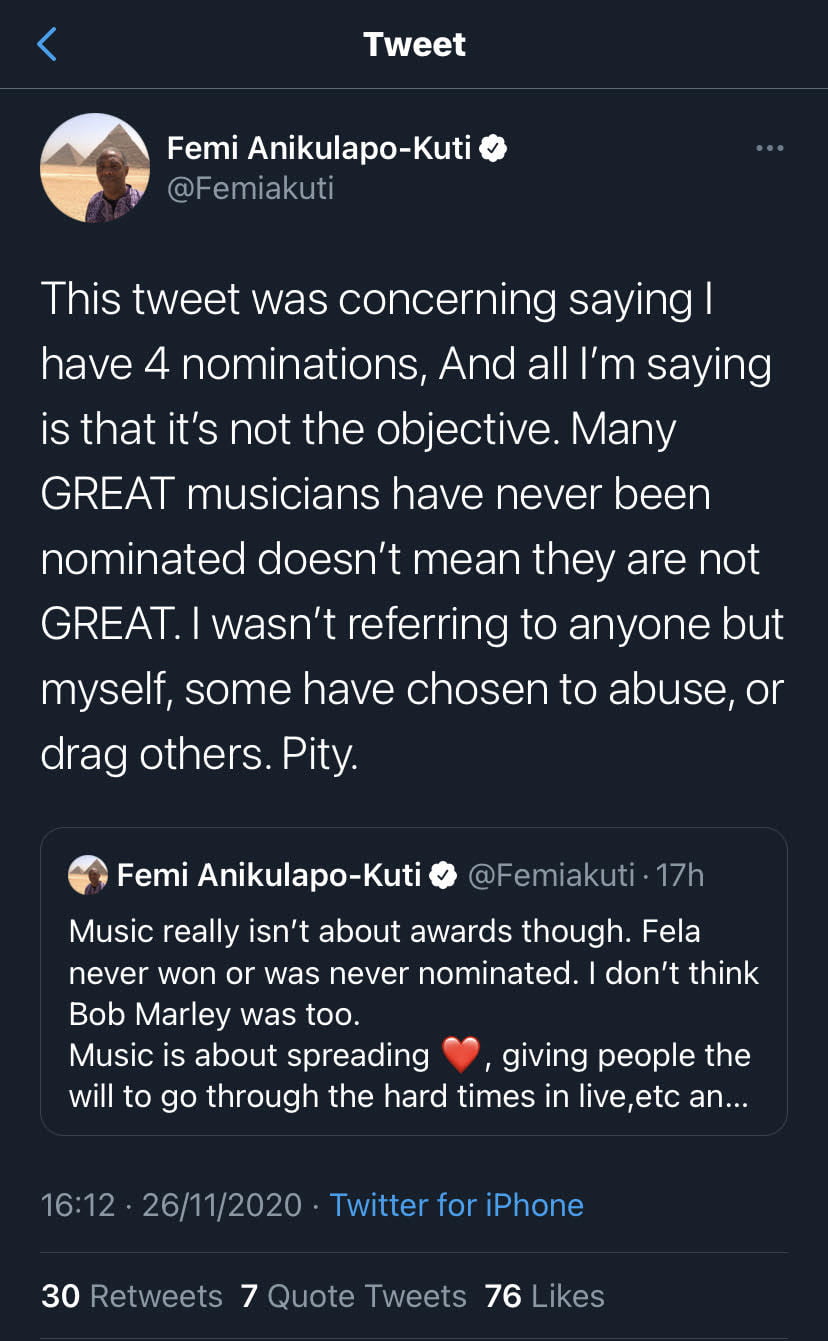 Previous We are focus on monetary policy aimed at boosting stock market-CBN.
Next POLICE PARADE 35 SUSPECTS INCLUDING ONE FEMALE FOR ARMED ROBBERY, KIDNAPPING, OTHERS