Ahead of the presidential primary and extraordinary national convention of the ruling All Progressives Congress (APC), the chairman of the convention planning committee and Kebbi State Governor, Abubakar Atiku Bagudu, has promised that the exercise would be hitch-free.Some 2,340 delegates are billed to elect the party’s flag bearer for the presidential poll on February 18 next year.Bagudu, who spoke during the inauguration of 19 national convention sub-committees at the national secretariat of the party in Abuja, said efforts are in top gear towards achieving a successful event. 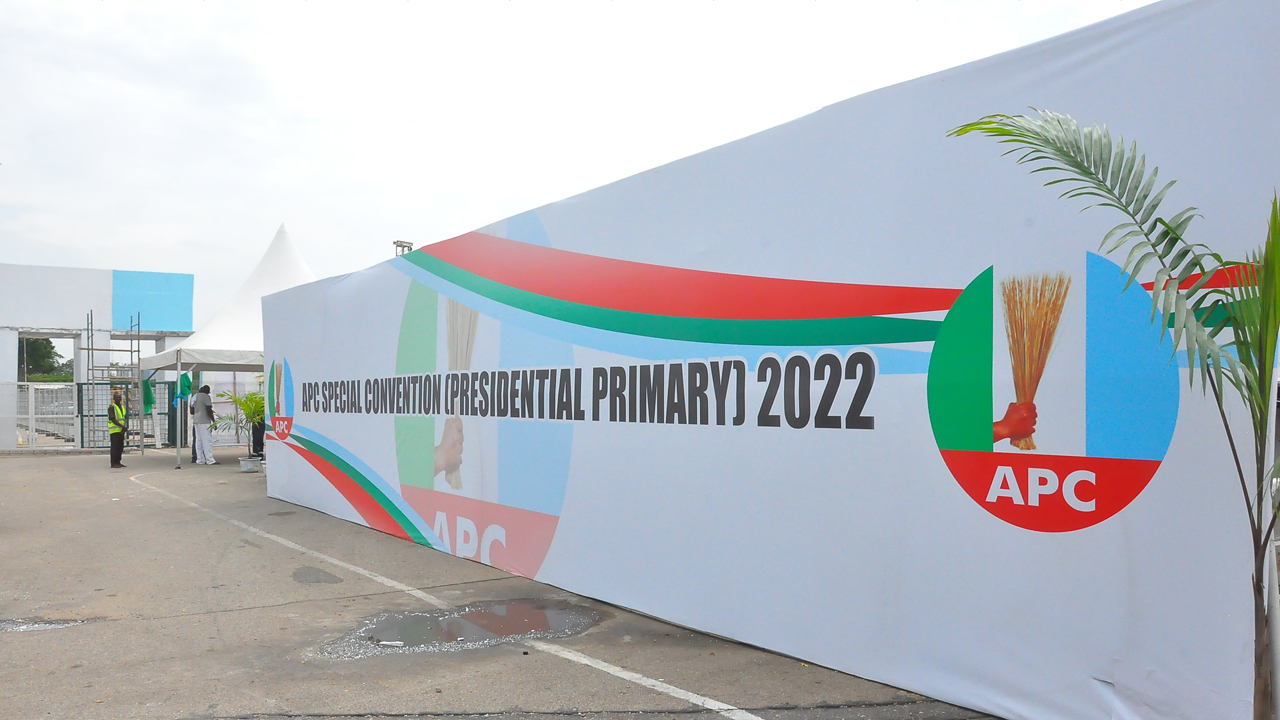 Eagle Square, Abuja, venue of the presidential primary of the All Progressives Congress (APC) holding today. is set

He expressed gratitude to the Abdullahi Adamu-led National Working Committee (NWC) for steering the party to the historic moment.He said: “This event is not a new thing in our great party. It is expected that when we hold such a big event, like the national convention, we make sure we have a befitting outing.”

The secretariat has lately been a beehive of activities, with governors and members of the convention organising committee holding meetings to ensure the successful conduct of the exercise.

At the Eagle Square venue of the primaries, artisans and various ad-hoc staff of the party were seen putting finishing touches to the podium and other facilities.

Heavily armed security personnel could be seen at strategic locations, keeping the peace.

Also, delegates and party stalwarts booked up major hotels within the city, even as a significant increase in traffic was noticed.

Adeh said the diversion was to ensure safety at the convention and the continuation of economic activities that largely depend on road traffic.

She said the command has drafted an operational order to maximise the deployment of human and material resources for the success of the convention.

She said areas closed to traffic include: Goodluck Ebele Jonathan Road by Court of Appeal, behind Court of Appeal, ECOWAS by Women Affairs, Finance Junction, behind Foreign Affairs, Kur Mohammed, by National Mosque and Benue Plaza.